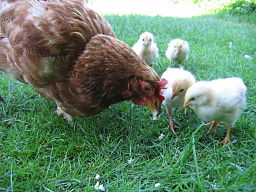 I speak frequently to my business associates in Hong Kong about why there is such an emphasis on temperature screening?  After all, we need to spread these good practices to the United States!  The SARS memory is the reality that makes the Avian flu scare them greatly. Highly Pathogenic Avian Influenza (HPAI) A (H5N1) was discovered in 2003, a year after SARS. HPAI H5N1 is one of the most deadly strains of influenza that has appeared in small cases throughout the world.  Most people associate the Avian Flu with contact with birds in China due to the press received.  HPAI H5N1 has thus far been zoonotic, transmits from animal-to-human.

While the cases remain contained and the Chinese rightfully destroy all birds related to these few cases, the epidemiologic benefit is huge.  The benefit comes from not allowing the strain the latitude to develop itself to spread human to human.  The Chinese are taking highly expensive prophylactic steps on their farms and Hong Kong is taking human to human spreading very seriously.  SARS taught them the importance of taking precautions.

Note:  While there have not been any definitive reporting of human-to-human spread of HPAI H5N1, the CDC continues to research and stay on top of all outbreaks.